“In an era long past, as monarchies weakened, local feudal lords grew in power. The first knights simply protected their lords’ domains. However, with the reforms of the late 11th century, knights became the protectors of the peace. They valued courage and honor, fighting heretics and heathens in God’s name. In this age, one company of knights was said to be invincible due to two men: Leon Belmont, a courageous man who feared nothing and whose combat abilities were second to none, and Mathias Cronqvist, a genius tactician, whose learning made him an exception in a largely illiterate society. A great legend is about to begin…” 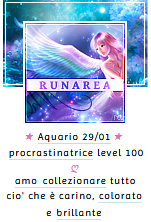